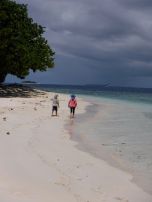 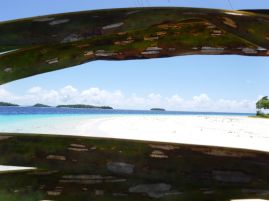 Put your hand up if you know where Minerva Reef is…

I know there will be some hands up in the air, but possibly not many. That’s where I’m writing this from- literally an almost perfectly circular reef approximately 400 NM from Vavau’ and 800NM from New Zealand. If, by some chance you’re tracking us and you’ve noticed we’re in the middle of the Pacific and haven’t moved for a few days- that’s why!

There isn’t any land here as such, just the circular reef that appears and disappears with the ebb and flow of the tides.

We’re not alone as you might suspect. We counted 20 boats as we came through the pass, making us the 21st. There was some unsavory weather in the forecast and we either had to slow right down to avoid arriving in NZ just as it was hitting the top of the North Island, or head in here- we took the later option. I’m realizing we only arrived yesterday morning but it already feels like days and days have passed. Two boats we’ve been trying to catch up with, or at least meet up with, were both here, which was a wonderful bonus. They’re leaving tomorrow but we’re planning on going the day after, so we may all just arrive in NZ at the same time.

As we pulled close to them to say hello and find a place to anchor, Klaus shouted out- “Now you just need to be careful of the Tiger Sharks”! Hmmm, Tiger Sharks, excellent- more on that in a bit. 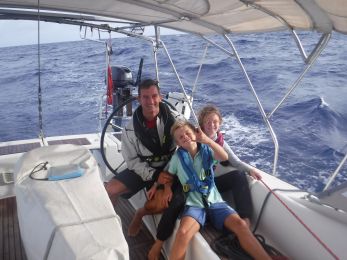 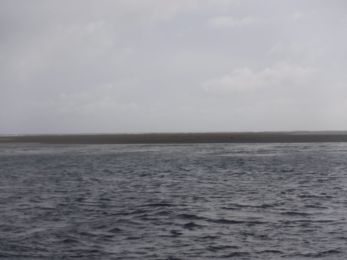 Tonga was great, although we really only got to see a very small part of it due to some very unfriendly cruising weather. As mentioned in our previous post, we bumped into ‘Bear’ and enjoyed a wonderful excursion together to a botanical garden. Meeting the owner Haniteli was somewhat reminiscent of reading The 100 Year Old Man who Climbed Out the Window and Disappeared, except that Haniteli is only 71, doesn’t have any windows and as far as I know, doesn’t blow things up! He was fascinating to listen to and very good at telling his story. His knowledge of all things botanical and the history of his garden was educational and entertaining. He’d met Castro, which he casually mentioned, (while cutting open some coconuts at his bar), when someone asked him about a Cuban wood carving on display. There were pictures of him with the Pope- I think he’d met him 3 or 4 times and named one of his sons after. He was highly educated, the first in his family to attend University, his 3 older children all obtaining Masters or PhD level education. The trip concluded with an absolutely delicious fish and chip lunch, which included Papaya chutney, Taro chips and salad! 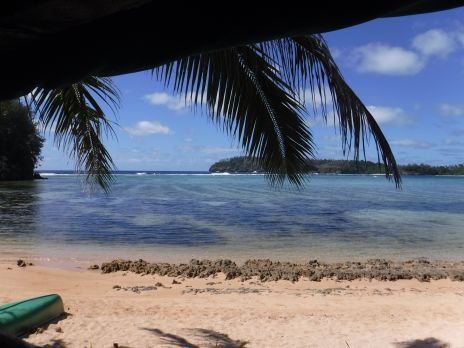 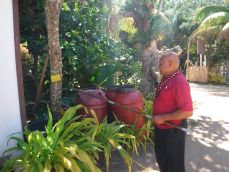 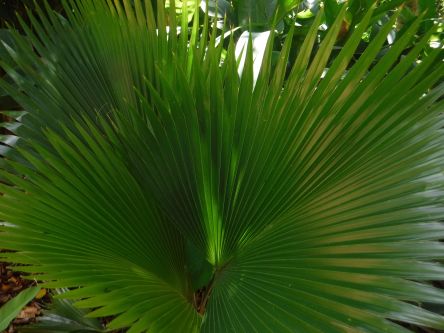 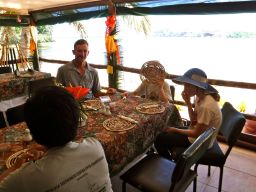 another dog to pat!

We left the ‘big smoke’ of Neiafu to explore the surrounding islands. Our fridge and hanging storage was once again full of fruit and veggies, – life is always better when there’s green food and tomatoes onboard. We have all been forever spoilt living in Spain and having the tomato experience we had there. The variety, quality and most importantly the taste leave the watery, unripe, slightly crystallized version we’ve found since leaving the Canaries, (if we’ve even been able to find them), somewhat underwhelming. Well hello Tonga and the Utukalongalu Market. Tomatoes everywhere and they were pretty good. Fresh Cilantro, (Coriander) and some Red Onion had our taste buds doing a Happy Haka each mealtime! 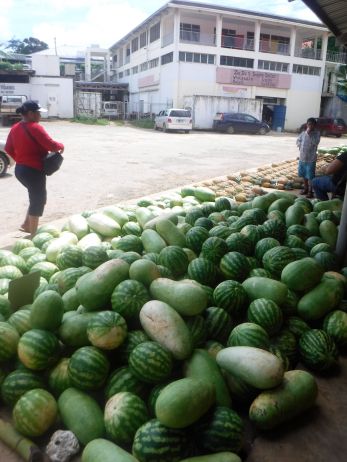 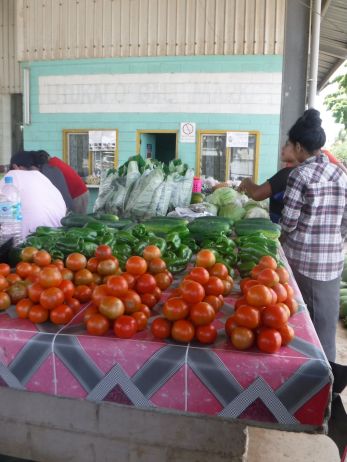 During our stay in a beautiful anchorage we met Tim and Marina. A fabulous Aussie couple who were chartering a yacht for a week or so. We ended up spending quite a lot of time with them, sharing meals and exploring a few different anchorages together. They made the kids Xmas come early when they brought the end of their supplies over one evening and included with the carrots, rice and pasta was a bag of Starburst soft lollies, (that’s candy or sweets for some). This just happened to coincide with Halloween and me being me hadn’t filled the boat with lollies, in fact there were none despite the talk of Halloween for a few weeks. Lilly really orchestrated the event helping Seb dress up as a Stop Sign and she was a Crazy Fortune Teller. We had a lot of fun with these guys, again highlighting just how important the people we’ve met along the way have become to us. 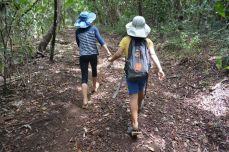 Out for a walk

good trees need to be climbed! 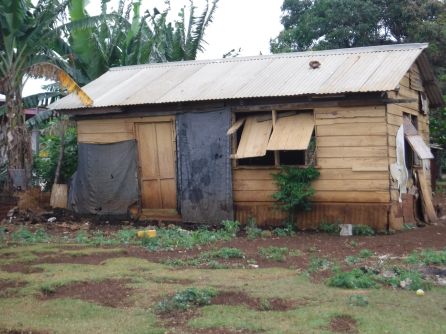 Tonga is definitely an understated place to cruise. We’d have loved to stay longer but the pull to get to NZ had started to get quite strong. That and the weather, as it so often does in this life, dictated that is was time to move on. We did have a hilarious moment listening to the morning ‘Cruisers net’ when it was announced that Tonga had cancelled Daylight savings and that it was still only 7.30am! We did some fabulous snorkeling, explored deserted beaches, collected beautiful shells, watched Tonga smash Samoa in the Rugby league, encountered the three little pigs and their 400 brothers and sisters and ate a pizza or 3!

I feel like I’ve skimmed over Tonga but I’m slightly distracted. We’re on Minerva Reef and the storm we’re in has us dancing around our anchor chain like a 44 year old let loose to ‘Classic Hits of the 80’s”. By now the chain has probably wrapped itself around the numerous coral heads in the anchorage and it’s 3.30am. Mike has been up for 2 hours already. I got up with him but then attempted to go back to sleep…unsuccessfully. The boats’ pirouetting was making me dizzy. I figured catching up on the blog might be more productive.

Mike popped on his wet weather gear and slept in the saloon and I crawled back up into the bucking bronco ride, (our cabin) where sleep did eventually come. Not before we had the discussion detailing the procedure we’d take if we needed to move quickly, ie stop us crashing onto the reef. It was sobering but necessary. The main thing was to be methodical and remain calm- no problem. 30+ knots of wind, anchored near a reef, in the middle of the ocean where 4+metre Tiger Sharks reside!!! Methodical and Calm- I’m all over it!

We never actually saw a shark in real life but we did see our friend’s GoPro footage taken only a few days before in the pass where they seem to like to hang out. Seb was quite sad we missed them and would go up on deck just to see if any were going past.

We left Minerva Reef on Sunday the 12th at 12midday and arrived Thursday 16th at 10pm. Lilly spotted land at 4.10pm- “Land, I see land, I promise I’m not joking” and I felt myself relax a little. “Wow, we’re almost there” might have crossed my mind once or twice…

Arriving deserves it’s own focus, so I’ll leave it there for now. Thank you for reading our journey thus far and sticking with us all the way.

For now this is Slice of Life, still, level and loving The Land of the Long White Cloud!

Rocky 1 and his view

One thought on “Tonga, tomatoes and Tigers!”