We’ve got a new anchor- not something everyone can brag about and not something I thought I’d ever be excited about… Who knew how much joy and peace of mind a big lump of metal could bring to a cruising family of 4!

Well someone knew, and apparently this is the ‘ducks nuts’ when it comes to pointy things that hang off the bow. It’s known as a Rocna and you’ll see a sparkle (or a green glint), in the eye of fellow cruisers when they see one of these babies adorning your front end. It’s slightly bigger than we need but there wasn’t much of a choice size wise. So far, its arrival has improved sleep patterns and overall confidence in our ability to stay in one place once it’s dropped onto the ocean floor. I’m looking at the chart plotter and we are getting regular gusts of over 30knots and have been for days and days! The ‘Maramu’ is making its presence known and despite a fair bit of sway we seem to be dug in nicely despite this crazy weather! All joking aside, there is a story to the acquisition of ‘The Rocna’ and it’s a slightly sobering one.

We’re anchored off the island of Raiatea after already circumnavigating it the week before last. We were on Taha’a but the weather made anywhere we stayed unpleasant so we moved over here again. Tucking into a Bay would normally be the go with strong winds, but the angle and strength of the wind mean the bays act like a HUGE funnel. The wind roars down the valley and the rain hovers over the higher mountains making it a little different to the brochure! It’s still warm, (for the most part) and there are no boats being tipped upside down, blown onto reefs or up onto shore…yet. So really, things are just fine.

Spare a thought for just a moment for the people of the Caribbean Islands whose homes and lives have been absolutely devastated by conditions, ohhh, just a bit stronger than what we are experiencing! We aren’t privy to much news and to be honest I’ve not seen a single picture of the carnage but the brief BBC alerts that ‘bing’ onto our phones, (when we have mobile coverage), tell you enough. So many of the places we visited, (and the ones we missed) have been destroyed. For our friends still in the Caribbean, this reality is so much closer to home. One family we met fell in love with Dominica, (difficult not to do) and they’re hoping to return and give something back to the community that welcomed them so generously several months ago. While we were there we met Cobra who took us on a tour of the Indian River, (see earlier post). He’d rebuilt “Calypsos hut”(from the Pirates of the Caribbean) 14 times, I think he said- Lilly’s comment when she heard about Hurricane Maria- “well I guess Cobra will be rebuilding Calypso’s Hut for the 15th time!” A simple statement but it also reflects what happens- The human spirit endures and people get on with rebuilding their lives… over and over and over again!

So how did we come to have a new and very large anchor on board? Well, after dragging down Cooks Bay, (Moorea) twice one evening Mike decided that his casual research into a new anchor needed to move to the next level. Some cruising friends were in Tahiti and willing to pick up a new one for us but nothing had been decided definitively, (how strange for us…). After talking to a couple in Fare, Huahini, we gained the knowledge that there might be a second hand one for sale, ‘just across the bay’. Mike and Glen, (our friend off Sapphire), zoomed across the bay in the dinghy, to return shortly afterwards, sitting slightly lower in the water with the addition of the 40kg Rocna! We got it for a very good price and it fit beautifully on the stemhead fitting, (ahh these sailing terms just roll off my tongue nowadays!) Of course Mike had measured it all up previously but we’d been looking at a 25-30kg one. Now we’ve got the big Kahuna! Sadly our very good fortune is due to the very unfortunate circumstances of a family’s dream being dashed to pieces on a surrounding reef. Several months earlier a catamaran with a family of 5, hit the reef in the middle of the night ending their cruising adventure prematurely. Thankfully they were all rescued and I believe they are back in the US or on their way back. With the help of a local, they have been selling off what salvageable items they could. ‘One mans trash is another mans treasure’ and we definitely feel like we struck gold with this find. It seems a little awry but it would be nice to let the family know just how special their old anchor has become to us!

This post seems to be about being grateful for what we have- that or at least enjoying the here and now, because things can change in a heartbeat. This point could not have been demonstrated more clearly than on this past Saturday afternoon. Two families and Team SOL,(what we go by these days) decided to get out and go for a walk. There hasn’t been a lot of walking lately so it was a welcome change, (for the adults particularly). We haven’t had a lot of luck with walking trails of late, often being diverted by locals, told we need a guide or paths being incorrectly and apparently illegally labeled as ‘propriété prive’. We did eventually find a pathway up a little hill, looked at the view and decided to head back after severe lack of enthusiasm by the younger members of the group. One of the other mums and I decided to go a little further on the way back and check out a nearby grocery store. As a result we were a few 100m in front of the rest of the group. We were chatting, as you do. A little earlier a car had come towards us at break neck speed, super lowered and loaded with people. It gave us all a bit of a fright and we were making sure we were well off the road. We were walking towards oncoming traffic. The road was veering slightly to the left when out of nowhere and I mean nowhere, there was the horrific screech of brakes and skidding tyres. I don’t remember a lot of details immediately after that suffice to say that I turned to my right, (behind me) and saw a car flying towards Alison and myself. It all happened in an eye blink but that car was definitely in slow motion! I don’t know if we screamed or shouted, all I remember is seeing it hurtling into the bushes beside us and then being on the ground. Things sped up after that. Alison had been beside me closest to the road and was lying awkwardly on the ground. The driver stumbled out of the bushes and was apologizing to us. I was trying to work out where and how badly Alison was hurt. There’s a fair bit that went on from there and unfortunately the kids all saw the aftermath. The ambulance was called and arrived just before the Gendarmerie. I walked away with some scrapes and bruises, (and big fat tears) but Alison sustained more serious injuries. She was discharged from the hospital the same night, no broken bones and no head injury but both her knees are quite badly injured- how badly remains to be seen, but as she’s the Captain of her boat, and they’ve just had guests fly in for 10 days, it’s less than ideal to say the very least- BUT! Clichéd as it may be- it could have been so much worse!

The last few days have been full of reflection and I’m working on erasing that particular ‘video’ from my mind which seems to be on reply right now. There’s just no room in my mind for all the ‘what ifs! There are some new bruises emerging making me even more unsure of what actually happened after that god awful sound!

Message from the Universe? Wake Up Call? Wrong place, wrong time, just bloody lucky? Probably a combination of the lot! I’m not sure right now how to think about it, but I do know I’m incredibly fortunate, (in more ways than one) to be sitting here typing this, contemplating our next passage to Tonga!

So what am I trying to say exactly? Seize the day! Enjoy the moment! Live your life! There’s risk in everything we do. You never know what can happen!!!

I just think it’s interesting that this should be the general theme of my post and that I started writing it before any of the events of Saturday, (cue Twilight Zone music now). I was going to talk about the continued joys, (ARGHHHHHHH!!!!) of homeschooling, of dealing with small spaces and large attitudes, of starting to consider, (ok worrying about) what comes next, mixed in with having to pinch myself daily re where we are and what we’re doing…some of the realities of this lifestyle.

It seems the Universe felt I needed a stronger reminder!

For now, when things get a little challenging, rather than locking myself in the head, I’ll quietly excuse myself, wander up to the bow, look lovingly at ‘The Rocna’ and reflect on just how truly lucky I am!!!! 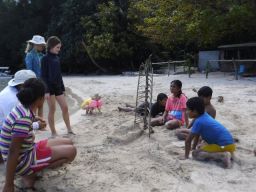 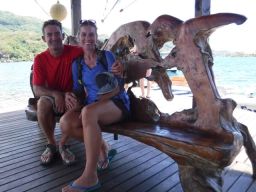 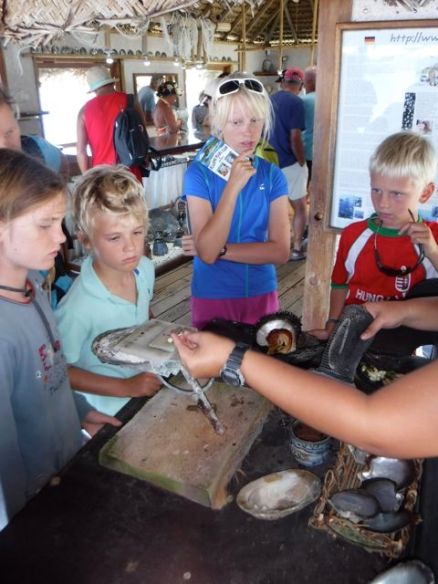 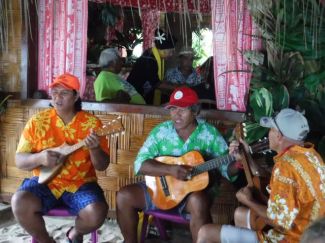 The properties of amazing plants

One thought on “Getting on the grateful bandwagon…”