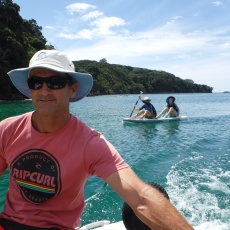 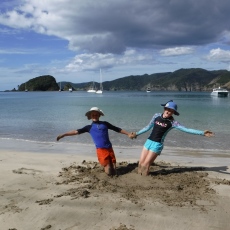 They say as you get older time speeds up. Apparently I must be nearly 100 because all of a sudden April’s nearly done and we’re moving rapidly into May!  They also say, time flies when you’re having fun and happily we’ve been living that cliché of late!

Change is afoot, much time has passed and there’s many a gap to be filled.

Spectacular weather, international visitors, new friends, a big birthday and circumstance, have seen us extend the boating chapter for as long as we could.

When I last wrote, we were still in Great Barrier and seriously fell in love with the place. There was talk of settling there for a while… 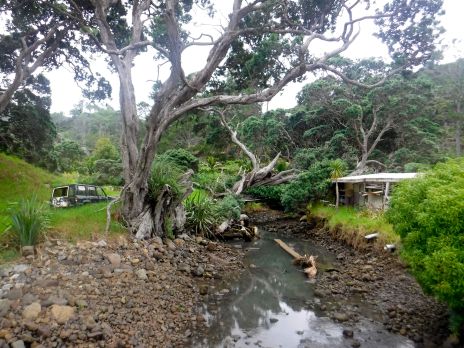 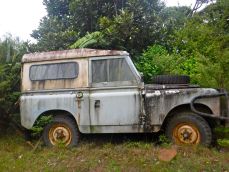 story time with a Pateke Teal

She stayed for ages!

Since then we’ve spent more time out in the Bay, particularly Urapukapuka and Paradise Bay where the kids built natural forts and played endlessly with a wonderful family from Australia who we met in March. Joined at the hip or at least in the anchorage, we were lucky enough to spend Easter together in the Cavelli Islands and the Whangaroa Penisula. The kids devised an EPIC parents treasure hunt, involving all sorts of fantastic activities- the Dad’s coming out the winners but only after some underhand dealings! 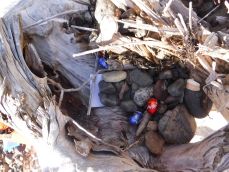 Amazing sand in the Cavelli’s

Mike’s 50th was spent at Paradise Bay reading wonderful birthday messages from all over the world, (THANK YOU AGAIN EVERYONE), a paddle around the Bay, a run and an icecream at 10.00am, (as you do!) The weather was so perfect we stayed out there an extra night before heading back to the marina the following day.

run if I want too! 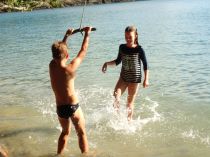 where life is simple

We’ve entertained the idea of continuing for another season, heading to some of the island groups we missed- Fiji, Vanuatu and New Caledonia. A campervan was looked at, to continue the circus on land and there have been many variations on a theme- live on boat here and kids attend school vs move off boat, continue to home school and travel on land when we want… However, all things considered, the chapter containing SOL and her being our main residence has finally come to an end.

Tonight is night six of sleeping in a large, extremely comfortable bed, where tandem rolling and blanket wrestling are no longer our main nocturnal activities. Yep, if one of us rolls over, the other is blissfully unaware…zzzzzzz.

Slice of Life is being stripped of her cruising glory and currently undergoing preparations for the acquisition of a new owner.

The Mottls have left the vessel.

The move is still fresh and I must confess to having been at very great risk of being committed to a padded cell the day we left. Yes, there were tears-mine and lots of them, after breakfast, all through lunch, various moments throughout the afternoon and the grand finale, most of that evening.

No one was more bewildered than myself. Actually that’s slightly incorrect, Mike might have been somewhat more baffled to be fair.

“What can we do to help you Kylie”

Maaaaan, what a day! I still can’t fully explain it, although I have had several theories including but not limited to,

Blinding fear of what comes next

My standard reaction to change… on steroids

Whatever it was, it was a 12-hour affliction and we seem to have moved through the eye of that particular storm with very little damage!

The last few months have been nothing short of incredible. My theory about moving, no matter where you go, new location or returning to roots, is that it takes about 2 years to settle in. It’s almost the end of April and whatdayaknow, we’re almost 2 years into living on the boat. Apparently, my initiation is at an end, I could claim to be one with boat life…

Still based on a few theories I’ve spouted so far, I could also, be slightly kookoo!

What’s made it so incredible, at least for me, has been the ease of getting off…the boat that is. The ability to hike and walk, run (shuffle) and move under my own steam rather than incidentally and continuously through the action of buoyancy, wind and waves! Not exactly one with boat life, if getting off the boat is the highlight!

Lilly with a lilly 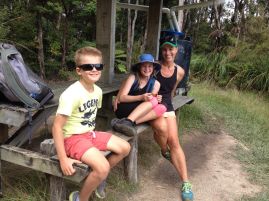 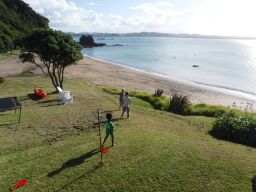 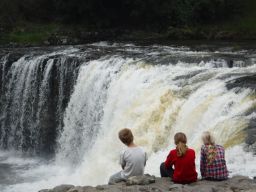 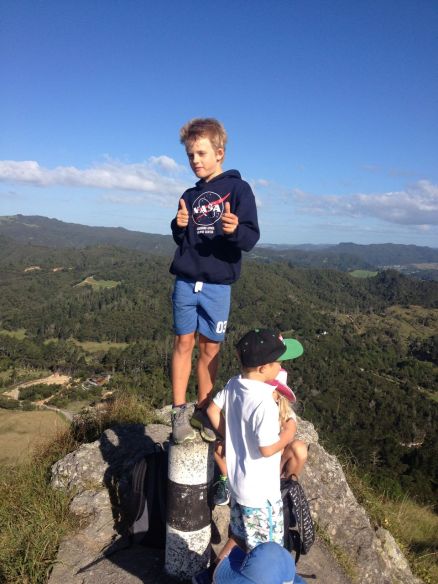 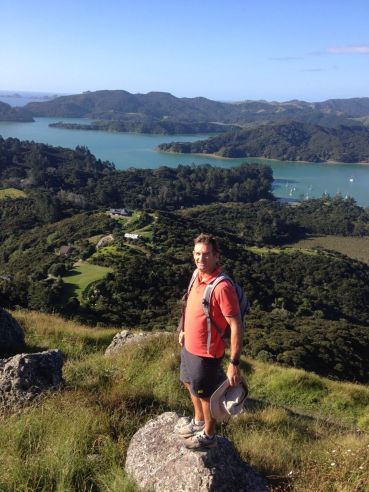 The kids returned to school today, as in the actual institution, after almost 2 years. Understandably there were some nerves, a tear hidden along a forearm, (not mine this time) and a shaky wave goodbye, (also not mine). Returning to school coincided with a haircut for Seb and this seemed to affect him a bit more than usual… There were however, big smiles at pick up and a brilliant account of their day at the dinner table. The school is walking distance from the house we’re renting and seems, by all accounts a lovely place.

So there you have it, a little slice of the last few months. Mike and I are both looking for new opportunities but the short-term focus is getting our Slice ready for sale…

For now, this is Slice of Life, looking decidedly empty and standing by for all sorts of new adventures! 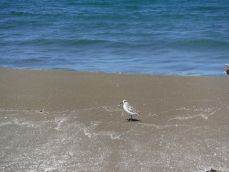 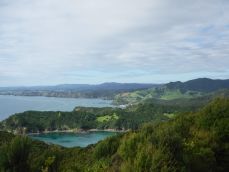 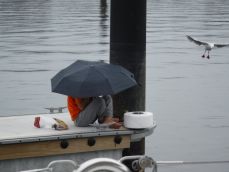 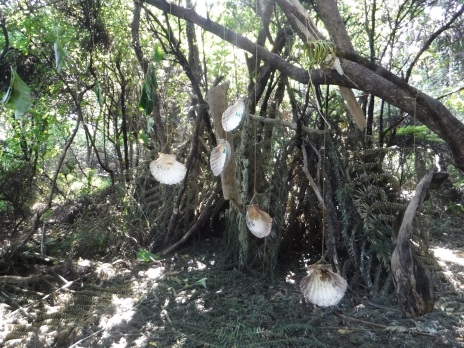 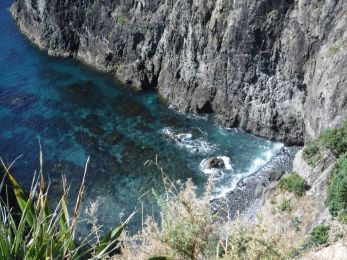