Has anyone ever done Bikram Yoga? Right now I feel like I’m living in a Bikram Yoga studio- ‘Bikram Living’ I like to call it. My eyelids are sweating it’s so hot. I’m not sure I’ve ever been this continuously sweaty in my entire life. It’s not the satisfying sweat of a good workout I might add- you are just dripping constantly. Daily tasks of which there never seems to be an end, result in an all over body glow that tends to go hand in hand with irritation, frustration and ultimately a heat rash somewhere- generally on an inconvenient location like your gluteal fold! I’ve escaped to the Cruisers lounge which feels refrigerated where I can only stay a short time or run the risk of suffering hypothermia, the temperature difference is so great.

There’s my rant for now. We are back at Shelter Bay Marina after spending nearly 10 days in the San Blas Islands. We got our transit date- May 18th!!!! This information changed things quite considerably so we decided to see our fair share of this absolutely stunning location. Then, as things tend to go, last Sunday night, (April 23rd),we received updated information that our transit had been moved forward 20 days, scheduled for Friday the 28th- tomorrow. We decided to head back to the marina Monday night, arriving Tuesday morning and giving us 3 full days to prepare for what we are about to do- Travel through the Panama Canal to… the other side! Pacific here we come.

The preparation side of things really never seems to end. Apparently what we are doing is ‘cruising’ but really it should be ‘maintaining, repairing, provisioning, washing, cleaning, teaching, feeding, swearing, lamenting, adjudicating, separating, MRPWCTFSLAS!!!! I’m sure there’s an acronym in there, shame I don’t have the patience to work it out right now!

A tradition followed by cruisers when making a significant passage, is to paint or draw a symbol of themselves and their boat on a wall somewhere. We didn’t get a chance to do it on the rock wall in Las Palmas and another boat suggested it to us yesterday. Here at the marina there’s a sail loft that was once the military base cinema. There’s plenty of wall space, although a lot of it is already decorated. Anyway, I thought it would be a fun thing for the kids, (predominantly) and I to do together- cue negative buzzer noise now! It didn’t go exactly as planned with one child unable to control himself with a spray can, (I’ll just press it here) and the other child in frustrated tears at the outcome of their work. It all turned out ok in the end but man, talk about a palaver! I should just add that the laundry is quite close to the location of this work of art and lets just say there was some multi-tasking going on!

There’s so much more I could post but I’m super short on time, (ha ha ha cruising yeah right!), so I’ll just put some highlights from the last few weeks.

The San Blas were the highlight, but while we were there we;

Snorkeled in crystal clear water and saw incredible wildlife- thankfully NO crocodiles, although I was pretty paranoid every time I donned my mask and flippers. 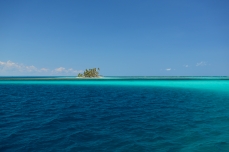 I had a dolphin come up almost directly under me while I was on the paddle board. Again, I had a small heart attack until I realised what it was and then I was kind of euphoric!

We walked though a rain forest with a local Kuna Yala guide and saw a toucan, a tiny scorpion and a swam in a waterfall. We also visited his village and saw his people living, (almost) as they have for centuries! 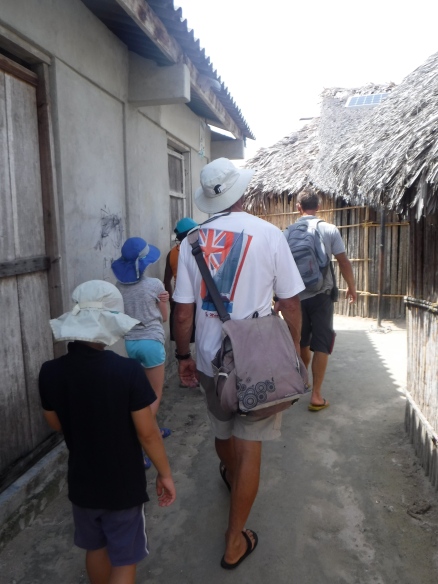 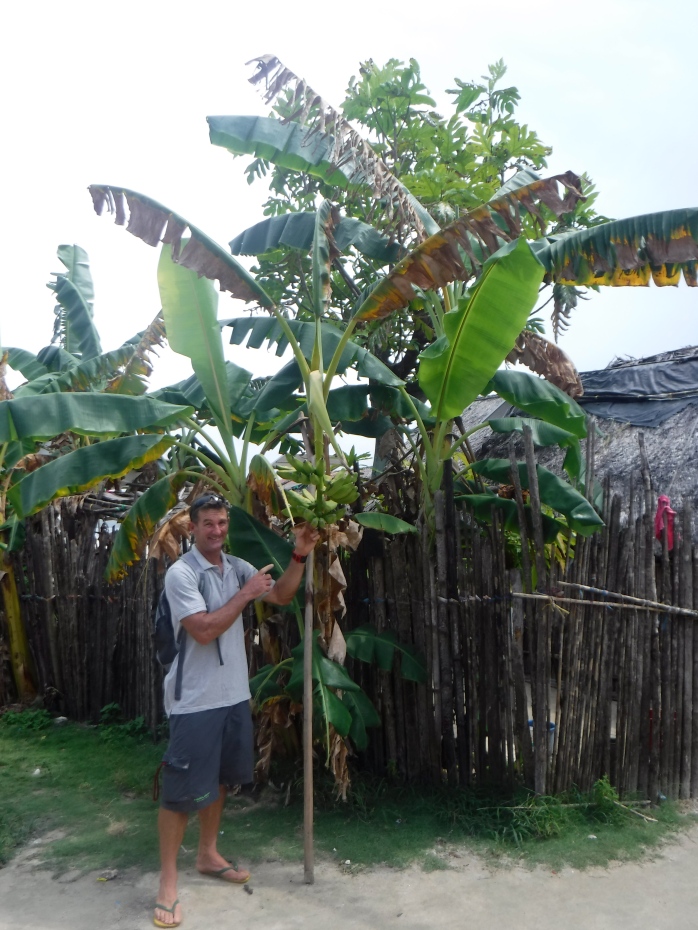 We caught another fish- Seb was again traumatised but we turned it into a fish curry, which most of us enjoyed and who he belligerently refused to eat. When we caught another huge fish that got away both he and Lilly chanted for 5 minutes, “he got off, he got off!”

We swam with a Spotted Eagle Ray- one of the coolest beasts in the sea. When you see this underwater world you really can understand how they made Finding Nemo! 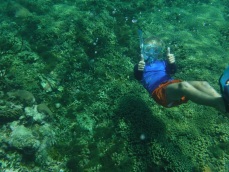 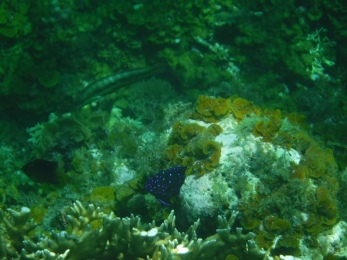 We met up with another kid boat called Milou and spent some wonderful time, (albeit very short, an afternoon and morning due to our new schedule) swimming, exploring a magic little place called BBQ Island and enjoying a lovely lunch together. 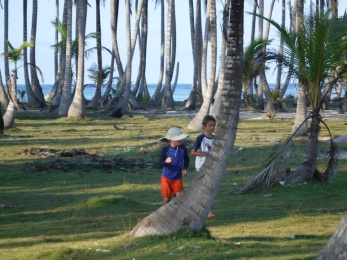 Oh and as we snorkeled on the reef one morning a largish grey many toothed fish cruised right past- we think it was a Caribbean Reef Shark but aren’t 100% sure. It wasn’t interested in us at all. I did however, and this is the amazing bit, stay totally calm, just tapping Lilly on the arm, pointing to it and calmly swimming back to the dinghy to let Mike, Seb and Murray know. So there you go nothing’s quite so bad as fear itself!

Other than that we’ve been experiencing some pretty interesting behaviour from our children. I have, in desperation resorted to reading one of the child rearing books I thought I’d have plenty of time to read, but haven’t touched till now- “Of course I love you, now go to your room lives on Debs and Rach!!! Attitude with a capital A, bickering with a capital B and rudeness with a big fat R are driving me crazy- the heat and pressure cooker we reside in adding to this very tumultuous ‘phase’. The joys of early puberty and a younger brother!!!

Hey ho, I don’t expect any sympathy. Just telling it like it is…for now.

Time to head to bed, we’ll be up at around 3.30 tomorrow morning to start the transit process. IF anyone is interested, apparently the locks have surveillance cameras and you can watch us go through. The website is http://www.pancanal.com. Click on to Multimedia and there should be a LIVE CAMERAS link. We arrive at Gatun Lock at 07.00, (22.00 AUS time, 14.00 Spanish time, 13.00UKtime) and clear the lock at 08.20, completing our transit at 15.31, so likely to be at Miraflores lock around 2.30ish. This is all Panama time- Aussie time is 15 hours ahead and European time is 7hours ahead/6 UK time.

Sending everyone love and best wishes- SOL out!